In 2013 the Sunday Kids made their debut with ‘Twang Wolf Sessions’, combining American roots guitar rock from the sixties and seventies with the swampy blues rock sound of bands like The Black Keys, Kings of Leon and Black Rebel Motorcycle Club. We played everywhere with this album and got a name in the music industry. Had a great time recording all the songs for this album.

You can take a listen to the album over here. 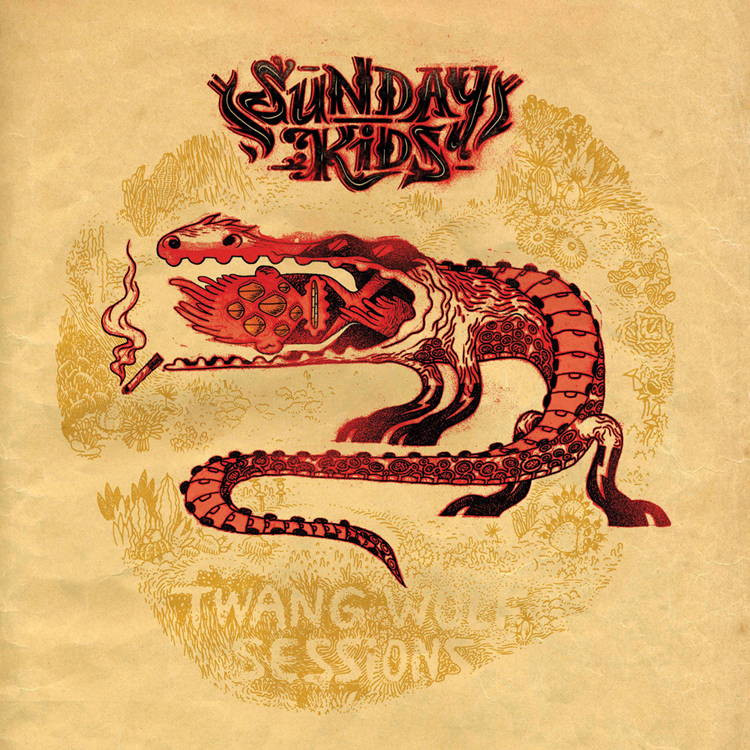 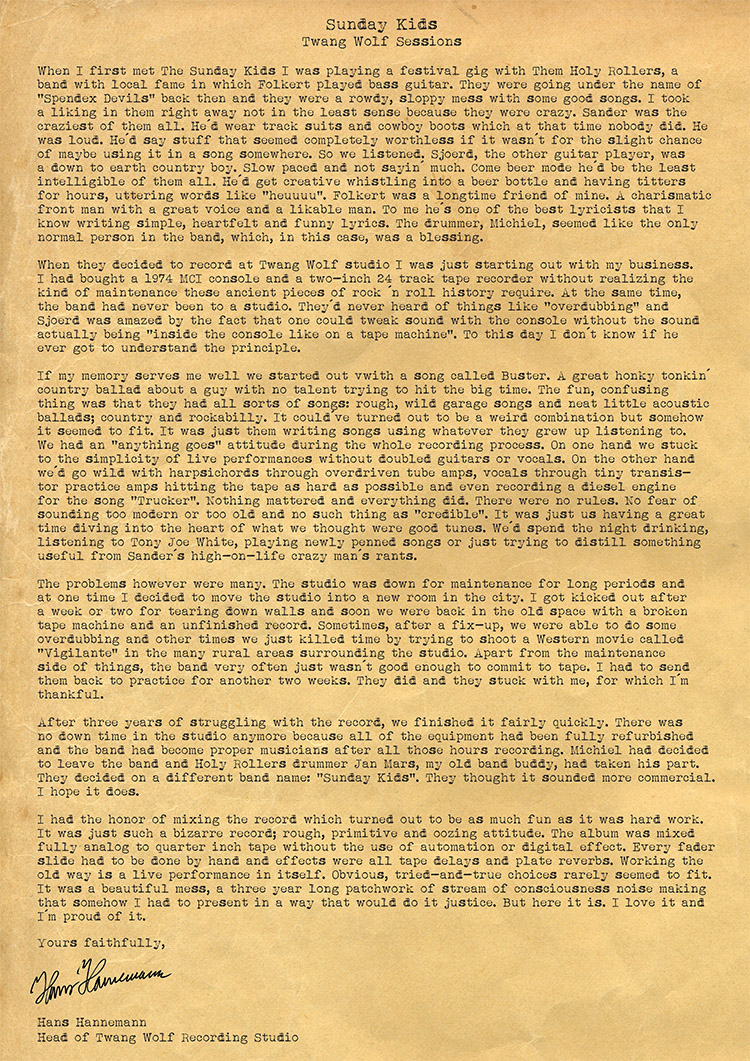 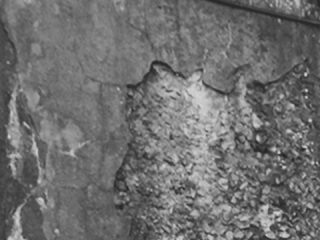 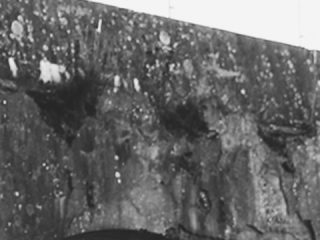